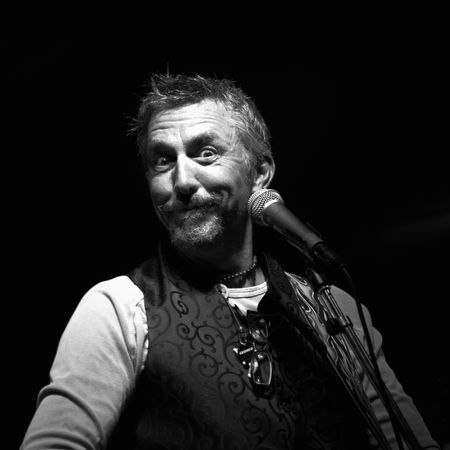 Alan got his first guitar when he was 15. Soon after he formed the band "Gypsy" with Michael, John-John and Henrik, playing gigs in the Copenhagen area.

The band played cover songs, but with Alan writing his own songs on the sideline.

Later Alan formed the band "Grumpy" with Torben, Carsten and John, playing hundreds of gigs up through the nineties.

In 2000 and 2002 Alan composed an recorded music for two ballets: Ghosts and Ocean.

In 2007 Alan started CEONEO in Copenhagen by merging the old "Gypsy" with the newer "Grumpy".

Alan is former co-owner of Tigerspring Records and Radio North.

In the summer of 2017, Alan played acoustic guitar, percussion and sang backing vocals for LFO (“Summer Girls”, “Girl on TV”, “Every Other Time”), on their East Coast “Rich in Love” Tour.